There’s no slowing down in the San Francisco restaurant scene, as we’ve seen a slew of new options open in the last month alone. Here is 14 new restaurants plans to debut before the end of the year. It looks like this fall will be largely about laid-back options, including Mexico City star Gabriela Cámara’s first US location (and her taco window), a fast-casual spot from Joshua Skenes de Saison, a bar and restaurant New Orleans style from David Kinch of Manresa and several ramen spots.

Location: 1325 Fillmore St., Fillmore
Main actors: David Lawrence, Monetta White
The situation: The city grows bbq scene will continue to grow with husband and wife team David Lawrence and Monetta White (1300 on Fillmore) opening Black Bark across from their flagship restaurant. The plan is “urban barbecue” (with a nice dark crust, inspired by the name of the place) with lots of homemade sauces, sides, local beers and sustainable meats. According to the signage, Black Bark is “bringing the barbecue back to the Fillmore,” a reference to a time when barbecue ruled the streets decades ago.
Projected opening: End of September 2015 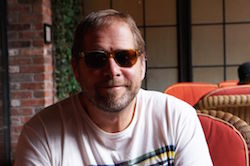 Location: 532 North Santa Cruz Avenue, Los Gatos, California 95030
Main actors: David Kinch, Andrew Burnham
The situation: New Orleans is close to Chef David Kinch’s heart, as it was in Crescent City that he got his start in the kitchen, under the direction of Chef Paul Prudhomme. Now, after the continued success of Michelin-starred Manresa, Kinch is taking a more relaxed direction with a Big Easy-style bar and restaurant. Expect casual New Orleans fare and accompanying cocktails.
Projected opening: End of autumn 2015 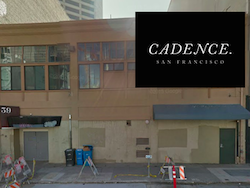 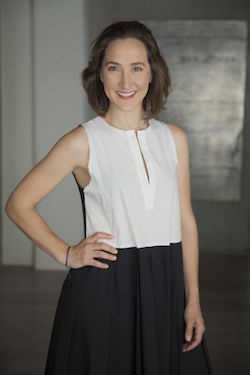 Location: 149 Fell Street, Hayes Valley
Main actors: Gabriela Camara
The situation: Gabriela Cámara, from Mexico City, opens her first project in the United States in San Francisco, with a seafood-focused menu in the Hayes Valley. The accomplished chef, known for her restaurants DF Contramar and Metrotoro, is also planning an alley taco spot called Tacos Cala. The tortillas will be formed from in-house nixtamilized corn and featuring guisado tacos, which are stewed meats such as tinga or mole.
Projected opening: Mid September 2015 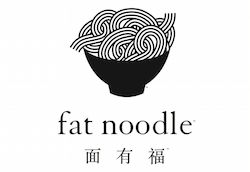 Location: 92 2nd St., SoMa
Main actors:Joshua Skenes, Adam Fleischman
The situation: It’s the turn of Saison’s chef-owner, Joshua Skenes, to explore the arena of fast-casual, with an upcoming collaboration with Adam Fleischman of Umami Burger. After numerous delays and extended deadlines, Fat Noodle plans to launch its $10-and-under noodle bowls by the end of the year.
Projected opening: End of autumn 2015 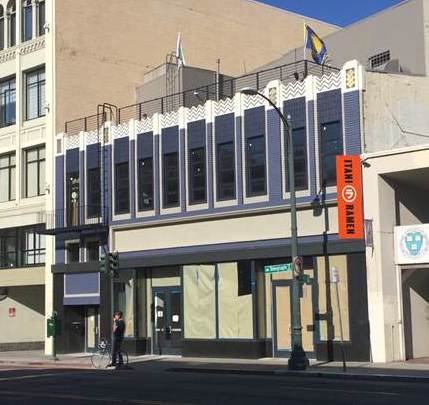 Location: 1736 Telegraph Avenue, Oakland
Main actors: Kyle Itani
The situation: Kyle Itani, chef-owner of Oakland’s Hopscotch, is bringing his own take on ramen to Uptown Oakland, via a 49-seat noodle bar slated for late fall. Drawing inspiration from his own travels in Japan, Itani is planning five different ramen options, ranging from a lighter Tokyo-style broth to a rotating seasonal option that will focus on the different styles of individual prefectures. Beer, sake, and shochu will be available for pairing.
Projected opening: End of November 2015 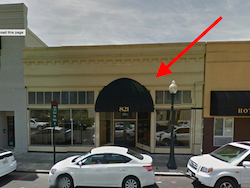 Location: 821 Combes Street, Napa
Main actors: Curtis DiFede
The situation: Going in a completely different direction from his old rustic Italian dish at Oenotri, chef Curtis Di Fede’s first solo project will be a traditional Japanese izakaya (with a Nor Cal twist, of course) in downtown Napa. Miminashi’s menu will focus on ramen, yakitori (grilled skewered foods that are often chicken) and other dishes with a Californian approach to seasonality, alongside Japanese whiskeys, sakes and shochu, and Napa Valley wines. Beyond past experience at a noodle bar and working under chef Hiro Sone at St. Helena’s Terra, Di Fede is touring Japan to gain real-life yakitori experience and bring it back.
Projected opening: November 2015 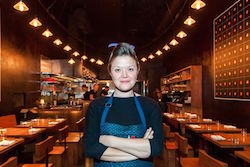 Location: 330 Gough Street, Hayes Valley
Main actors: Kim Alter
The situation: Chef Kim Alter (Plum) fends for herself with the impending Night Bird, his Hayes Valley restaurant currently under construction. According to Alter, Nightbird will be a 40-seat restaurant focused on tasting menus that will change frequently, depending on “what’s available in the market and classic technique.” The 40-seat space will have a little sister in the form of a seven-seat bar called Linden Room, which “will focus on craft cocktails.”
Projected opening: December 2015 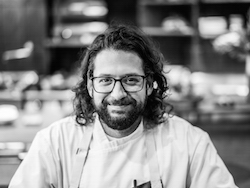 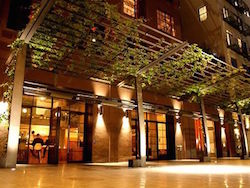 Location: 8 Mint Plaza, mid-range
Main actors: Jason Fox, Timothy Felkner, Travis Day
The situation: Chef Jason Fox (Commonwealth) adds another restaurant to his portfolio. Located in Mint Plaza, Oro will be a casual eatery serving “eclectic California fare,” via shared plates and larger-format dishes. There will also be a fixed-price “blind tasting menu”, which will essentially be a “chef’s choice” affair featuring family-style dishes that are not on the menu. Chef Travis Day (Central Kitchen) will also bring his talents as a deli and butcher to the menu.
Projected opening: September 2015 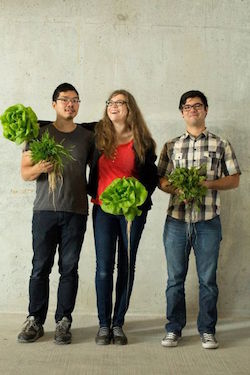 Location: 59 9th street, mid-range
Main actors: Anthony Myint, Karen Leibowitz, Chris Kiyuna
The situation: The project by Anthony Myint and Karen Leibowitz (Mission Chinese Food, Mission Street Food) and former MCF chef Chris Kiyuna will be more than a beautifully designed restaurant with expertly prepared dishes (although it will also be that). The project will also be a super sustainable restaurant and bar that “stands for progressive agriculture”. This means growing an aquaponic greenhouse, a “living pantry”, working closely with farmers on sustainability, and exploring alternative crops like Kernza, a perennial wheatgrass (Also note: Chad Robertson of Tartine Bakery is working on a special bread using the grain) . Expect a dining room with communal tables, booths and an L-shaped bar, as well as a coffee area that will be open during the day (serving Paramo coffee) and become a private dining room at night.
Projected opening: End of September 2015 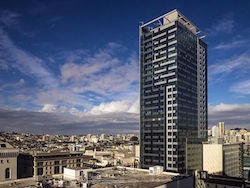 Location: 100 Van Ness Street, The Hague Valley
Main actors: Ryan Cole, Jason Halverson, Tai Ricci, Jason Kirmse, Cyrick Ha
The situation: Details are still under for the restaurant concept, but partner Ryan Cole said this new outpost of the Hi Neighbor restaurant group would cater to diners “on the go” in San Francisco’s bustling mid-market section. There has also been talk of using the rooftop terrace atop one of the last skyscrapers to squeeze through the Hayes Valley zoning changes.
Projected opening: End of autumn 2015 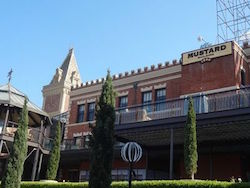 Location: 900 N. Point St., Fisherman’s Wharf
Main actors:Jonathan Waxman
The situation: The Bay Area native’s new project will focus on the Italian-influenced style that made him one of the pioneers of “new California cuisine.” The menu will be “earthy, rustic and authentic”, with lots of fresh pasta, grilled and roasted meats and pizzas. Located in the Mustard Building on Ghirardelli Square, it will certainly be a draw for tourists, and probably locals as well.
Projected opening: November/December 2015

DoorDash is refunding money to a handful of San Francisco restaurants that were mistakenly overcharged on commission fees, which the city recently temporarily capped at 15% “We have corrected a separate error affecting fewer than 10 of more than a thousand of our partner restaurants in San Francisco and we will refund those restaurants,” the […]

Cinco de Mayo, the celebration of a historic battle during the Franco-Mexican War, has evolved over the past few decades into a holiday celebrated by people of all cultures (much like, perhaps, March 17th celebrations intended to honor the death of Ireland’s patron saint), frequently in Mexican restaurants and bars. In fact, some local restaurants […]

There are still three weeks to go until Valentine’s Day, but now is the time to make a reservation, especially if you plan to grab drinks and dinner on your date in San Francisco. To help sort out the options, Yelp has compiled a list of 21 restaurants in SF that are still accepting reservations […]