Chef Sam Choy is a culinary powerhouse widely known for being one of the founders of “Pacific Rim cuisine”, bringing the unique taste of Hawaiian fusion to the continental United States and beyond.

Based in Hawaii, Choy is considered the “godfather of poke,” the quintessential Hawaiian dish that features cubed fresh fish mixed with a variety of rice, vegetables and spices. To celebrate his favorite dish, he recently founded the Kauai Poke Festival in 2019.

Met Chef Choy at this annual poke fest, which was highly anticipated since it was postponed due to COVID. It took place in the beautiful sprawling beachfront destination, Koloa Landing Resort, on sunny Poipu Beach, on the island of Kauai. The 2022 festival featured a culinary competition with 21 participants – from professional local chefs to home cooks – serving up their own secret recipes and attracting foodies from all over the islands.

An avid traveler, Choy is passionate about exploring the continent and beyond. In fact, he’s a star chef on American Airlines, where he creates dishes for business and first class on select flights. He also regularly hosts his television show, “Sam Choy’s In the Kitchen”, and owns a restaurant in Lake Tahoe, Tilt. When he’s not at home on the Big Island of Hawaii, this James Beard Award-winning chef loves to visit the Philadelphia area and enjoy its eclectic food scene.

Choy’s affinity for Philadelphia began in 1998 when he first met acclaimed chef and restaurateur, Kevin Meeker, and his wife, Janet, who currently own the Keg and Kitchen restaurant in Westmont, New Jersey and are longtime partners of Philly favorite The Plow and the Stars.

Choy explained, “Kevin invited me to be a guest chef at his former restaurant, Philadelphia Fish and Company, at the city’s highly successful annual ‘Book and the Cook’ event. This popular event attracted around 100 chef cookbook authors to various restaurants around the city. For an entire week, the city came alive with a variety of culinary programs and cooking demonstrations, featuring guest chefs, cookbook authors and foodies from around the world.

Choy says that over the years, the Philadelphia area has felt like home. “Kevin and I quickly became friends. Over the past 20 years, I’ve spent a lot of time in Philadelphia — cooking at restaurants, speaking at conferences, and eating at various establishments, large and small, around the I’m proud to say that today I can walk into certain places in Philadelphia – from tiny pizzerias to chef-run restaurants – and I’m greeted with “Aloha, Sammy!” and a big hug. is the best feeling.

Here are some of Chef Sam Choy’s favorite restaurants in the Philadelphia area. 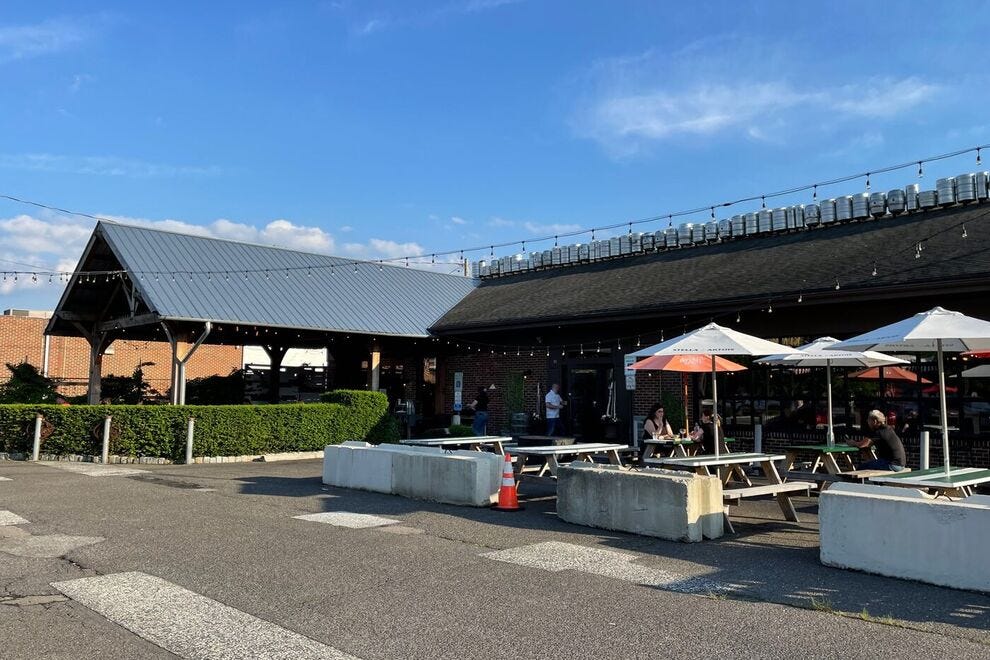 Located “just across the bridge” from Philadelphia, in the small town of Westmont, in southern New Jersey, Keg and Kitchen is a friendly and lively traditional craft bar and scratch kitchen with a robust menu offering an abundance of tasty delights. When visiting the area, Chef Choy often finds himself at this neighborhood favorite.

He says, “Everyone knows this place from the silver barrels lined up on the roof. Keg and Kitchen is chef-led, serving a menu of smaller, lighter bites and shared plates, as well as creative sandwiches and larger entrees to pair with their signature cocktails. »

Bridget Foy is in Philadelphia, Pennsylvania 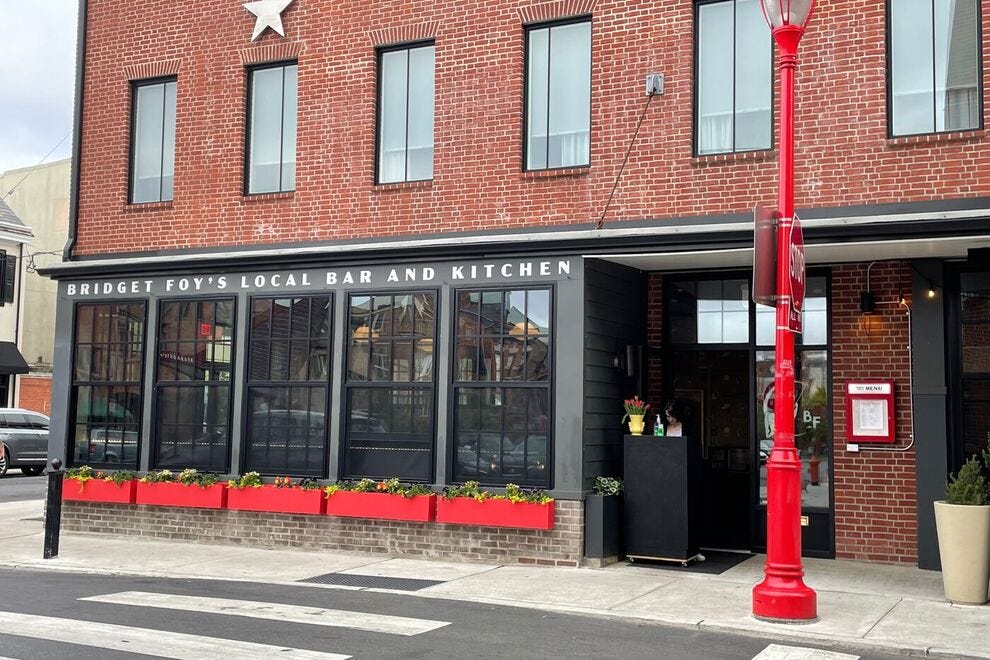 A Philadelphia institution, by Bridget Foy is a 40-year-old establishment located on South Street, the city’s famous neighborhood that is a popular gathering place for all ages, with numerous bars, shops and restaurants lining several blocks. (And according to the Orlons’ famous 1963 song, it’s known as “the hippest street in town”). The warm and cozy atmosphere of this restaurant is enjoyed by locals and visitors alike. In addition to dinner, Bridget Foy’s hosts a great weekend brunch and happy hour specials.

Choy says, “The menu here is awesome and features creative American dishes as well as a mighty burger.” Top-selling items on the menu include sausage and peppercorn rigatoni, roasted Atlantic salmon and a blackened catfish sandwich.

He added: “Guests love the extensive cocktail menu and covered outdoor space, which is open in good weather. And if you’re a sports fan, know that Bridget Foy’s bar is absolutely “the place” to watch the big game. » 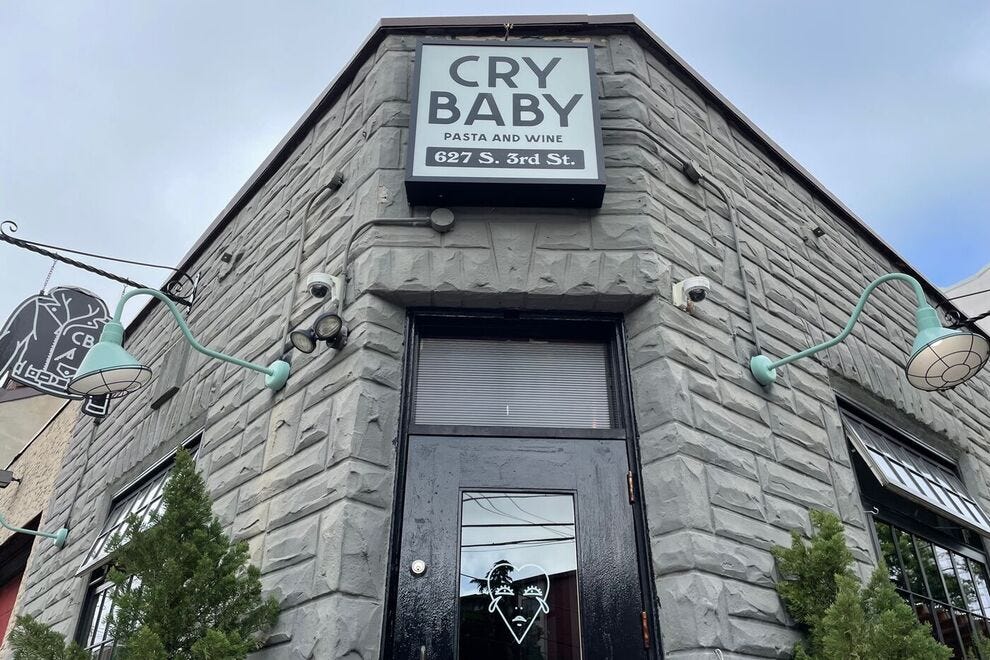 Perched in a corner of South Philadelphia, crybaby is a small neighborhood Italian restaurant that serves a wide range of seasonal classics including pasta, pastries and bread, all homemade daily. House favorites include an incredible pasta selection, and the offerings change frequently. Some popular dishes are rigatoni, spaghetti, tagliatelle, warm asparagus salad, grilled branzino, spicy artichoke and more.

Chef Choy explains that the food is always delicious here. He says, “The chill vibe of this restaurant is set to a really fun and lively rock ‘n’ roll beat – and I think it’s a neighborhood treasure. Their wine list is also amazing, with an extensive list of wines by the glass – the perfect accompaniment to a plate of their delicious pasta.

A taste of France can be found at Caribou Cafe in the heart of Philadelphia’s Center City district, it’s an ideal destination for exceptional French cuisine any time of the day. Chef-owner Olivier Desaintmartin honed his culinary skills in France and won the Food Network’s “Chopped” TV show.

Choy explains, “This Franco-Parisian style bistro has been rave reviews for years. Their stunning Art Deco bar with a selection of French wines pairs perfectly with the classic cuisine of French master chef Olivier. This restaurant’s downtown location and outdoor patio really make you feel like you’re in Paris.

A few of their main courses include onion soup, snails and shitake in puff pastry, beef bourguignon with mushrooms and onions, and seafood cassolette with scallops, salmon and prawns. Unsurprisingly, the bar also offers a wide range of French-inspired aperitifs and cocktails.

The Caribou Café is a favorite spot for lunch and dinner (and especially during pre-theater hours). Chef Choy likes to stop early in the day for brunch or lunch, sit by the front windows or on the al fresco patio and people watch. He particularly likes their homemade pastries, especially their cakes, which he calls a real delight.

The Plow and the Stars in Philadelphia, Pennsylvania 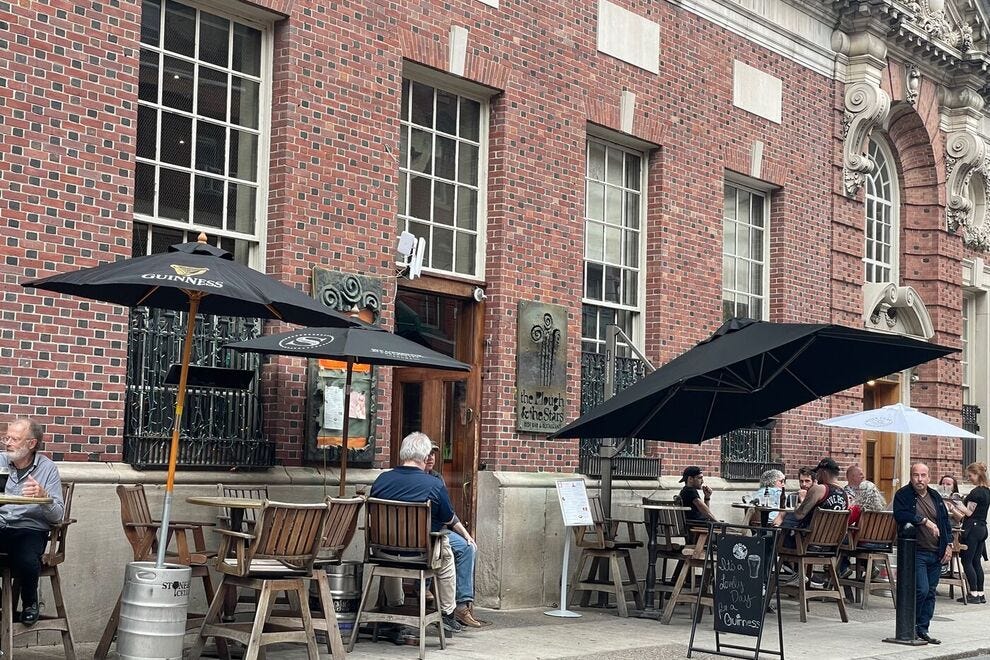 The Plow and the Stars Restaurant — Photo courtesy of Marla Cimini

Located in the Old City neighborhood of Philadelphia, The plow and the stars is large and airy, with award-winning traditional pub food. Choy says, “It’s the perfect place for the perfect pint. When you walk into this Irish pub, renowned for its friendly staff and customers, you’ll immediately notice its great atmosphere and highly regarded food. Several members of staff are from Ireland and the owners strive to make this restaurant as authentic as any pub on the Emerald Isle.

Choy says: “The food here is described as Western European with a strong Irish influence. I particularly like the delicious Irish breads and homemade scones. In the warmer months, there are plenty of tables outside on the sidewalk, and it’s a great place to people-watch along busy Second Street.” 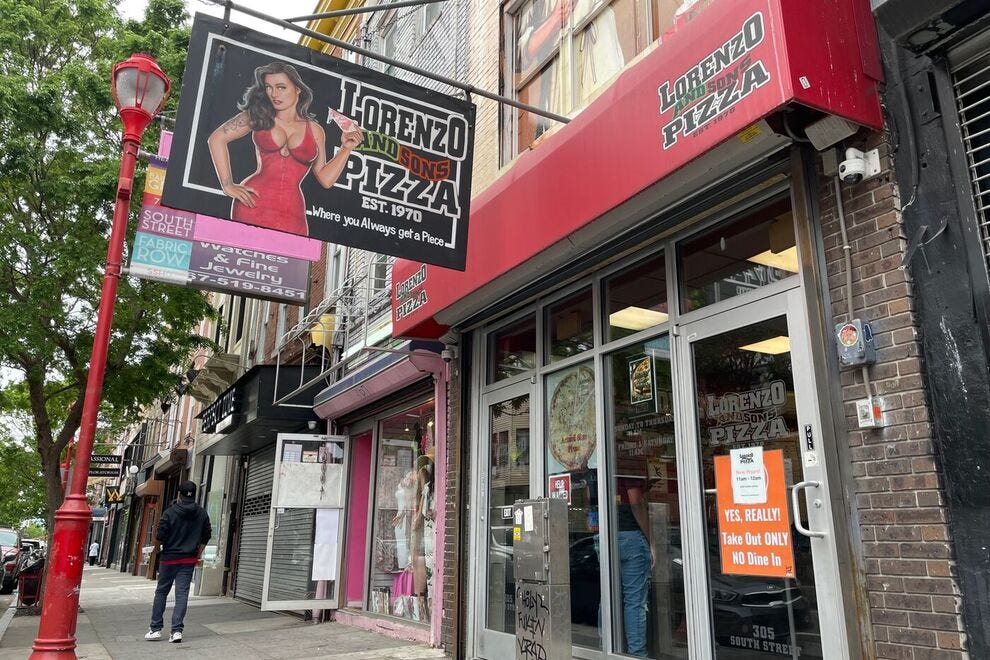 A South Street legend, Pizza Lorenzo and Sons is a tiny pizzeria with a giant reputation that has been keeping Loyalists coming back for decades. The menu is very short and simple, and the pizzas are generous in size. It’s a favorite among residents, tourists, and especially late-night revelers along the city’s famous South Street.

Choy says, “I included this little pizzeria because it’s a real Philadelphia tradition. After a long night behind the line working in a kitchen, you crave food — and when in Philadelphia, it’s either cheesesteaks or pizza. Went here for a 2:00am bite with friends from the restaurant after cooking all day. It’s always a fun experience.

He warned to be patient when heading to this pizzeria. According to Choy, “Every time you go, count on the queue, but I think it’s worth the wait. They are known for their big slices and delicious pizzas. A whole pie is 28 inches and the slices are huge – and the sauce-to-cheese ratio is just perfect.

Worthington, MN (KROC AM News) – Downed power lines on a section of I-90 in southwestern Minnesota during a storm on Wednesday played a role in a fatal traffic accident. State Patrol says it happened in the eastbound lanes of the freeway around 6:00 p.m. near Worthington. attachment-2022-05-12_04-25-46 A car had stopped to avoid hitting […]