The attic bar-grill has a new Bill of Fare for the fall. Choices include balsamic pear salad with sliced ​​pears, craisins, pickled tomatoes, candied pecans, blue cheese crumbles, and white balsamic vinaigrette. For more filling, there’s the Beast Burger with a mix of elk, wild boar, bison and wagyu beef patties. It is topped with smoked gouda, bacon onion jam, arugula and roasted garlic aioli and comes with a side dish. For Oktoberfest flavor, try the Hunter Schnitzel, a deep-fried pork chop with wild mushroom sauce and German-style potato salad. Other entrees include Pan-Seared Salmon Cakes and the Kickin’ Chicken Flatbread. Promotions are available at the East and West locations.

The owners of The Attic recently opened Gruff Plates + Pours in Brandon, and there are lunchtime specials worth noting. They are available from 11 a.m. to 4 p.m. Tuesday through Friday. Here is an overview of the menu. 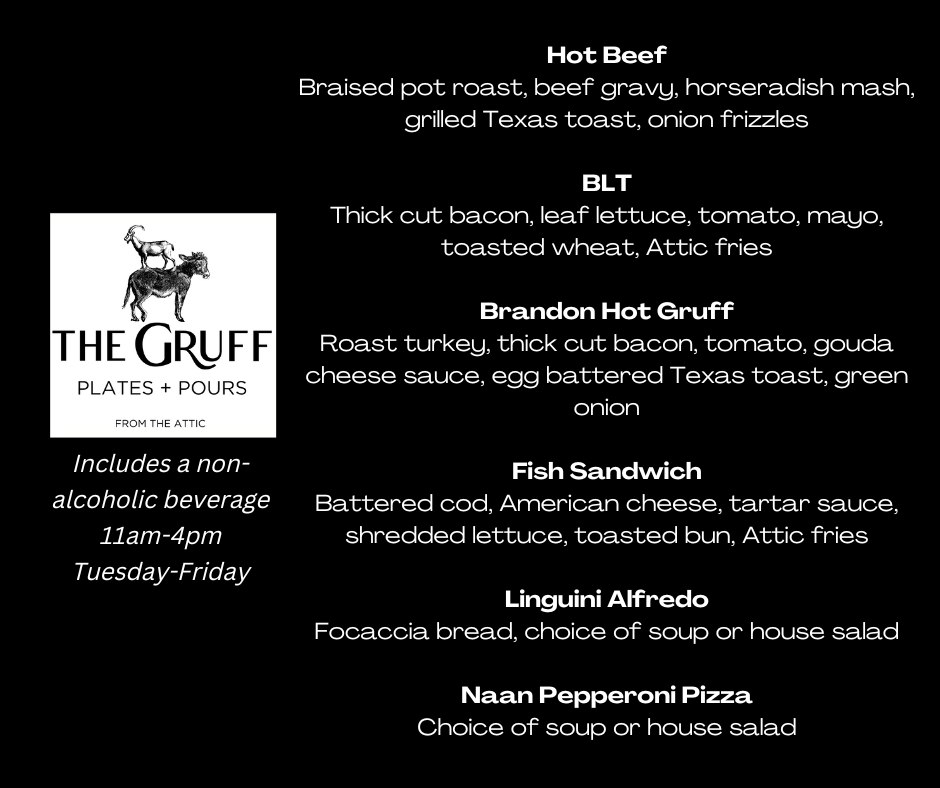 New special offers are on the menu at Roundhouse Brewery. Choices include Buffalo dip served with tortilla chips, pizza with boneless chicken wings and garlic parmesan sauce, sliced ​​rib eye sandwich, chicken and waffles, and a Mexican version of Totchos. 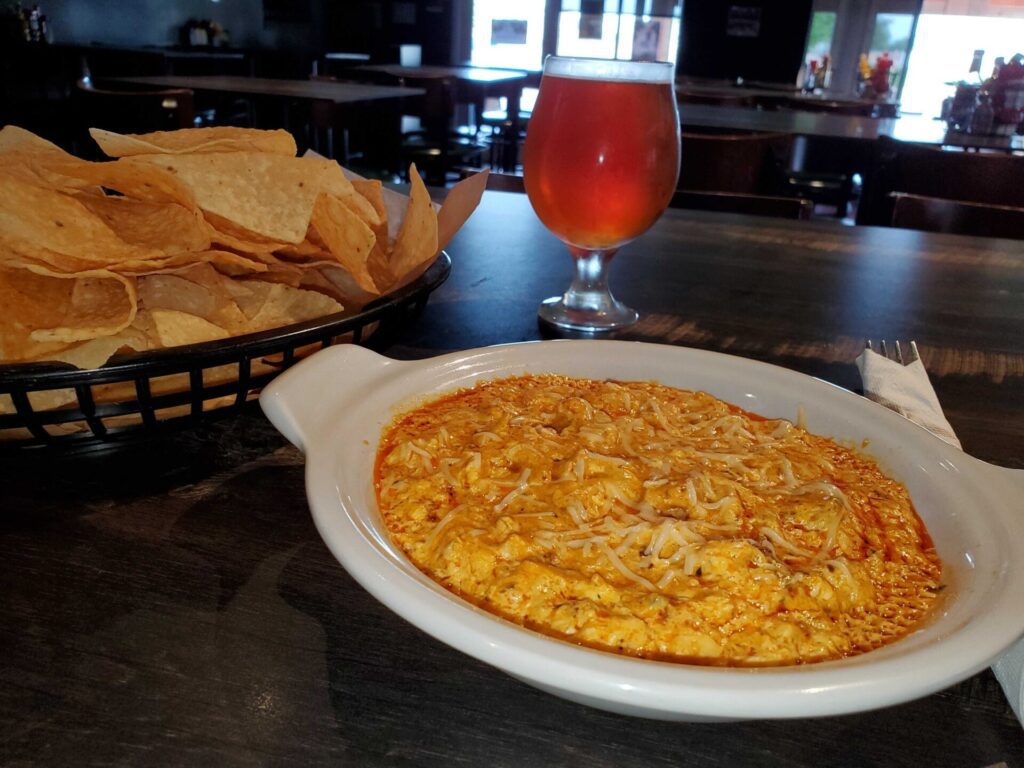 Fred’s Franks go Hawaiian on Friday. Instead of hot dogs, the Brandon-based food truck will serve Hawaiian barbecue, just like owner Donna Cutrer’s mom made when she was growing up there. Brother Billy Cutrer will help with the grilling. They will be selling traditional Hawaiian plates with a choice of chicken or kalbi, which are short ribs of beef, and steamed or fried rice and potato salad. Service begins at 11 a.m. from the Kingbird Coffee shop parking lot and will continue until the food runs out, Cutrer said. As food truck season draws to a close, Fred’s Franks serves lunch Tuesdays near Henkel and Marmen Energy in the Industrial Park north of Interstate 90 and Thursdays at Midwest Railcar along Highway 11, just north of Corson. 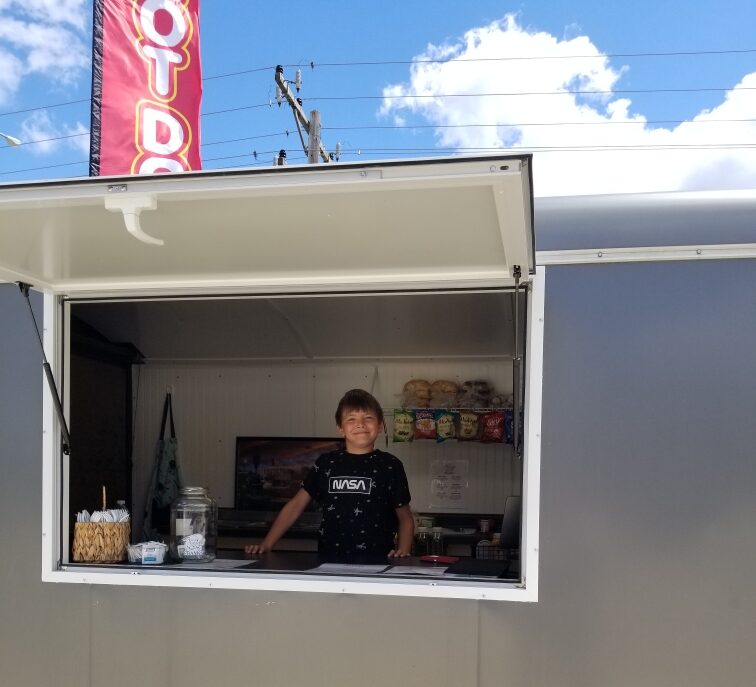 Free wine tastings are back at JJ’s Wine, Spirits & Cigars. Wine Expos are held from 5-7 p.m. on the first Tuesday of the month in JJ’s Event Hall. The first offer in September offered more than 30 wines to taste. 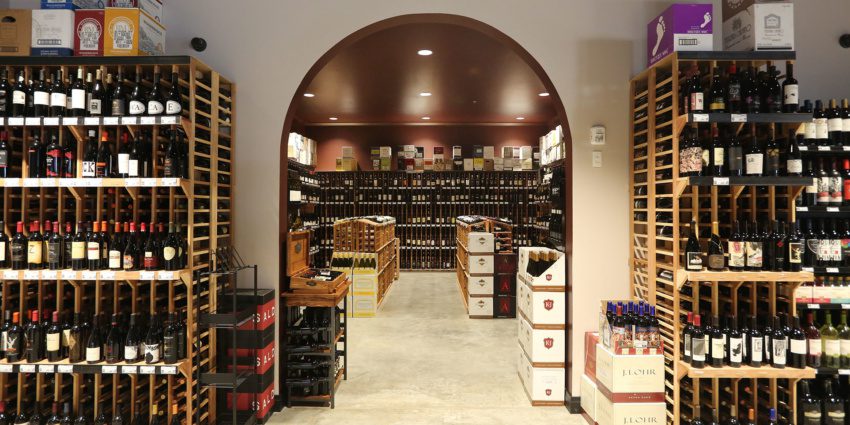 The main kitchen team of JJ’s will be on vacation next week, so the full menu will not be available from Tuesday. Guests will find pizzas, dips, and other light fare to share, and the rest of the staff are busy whipping up a dish of the day. Tuesday is National Vodka Day and National Taco Day, so get two fish tacos and a Tito’s Handmade Vodka American Mule for $20. Wednesday will be chili simmer, Thursday steak with cheesy potatoes and a bourbon butter bun, Friday lasagna, and Saturday Colorado beef enchiladas and Spanish rice. 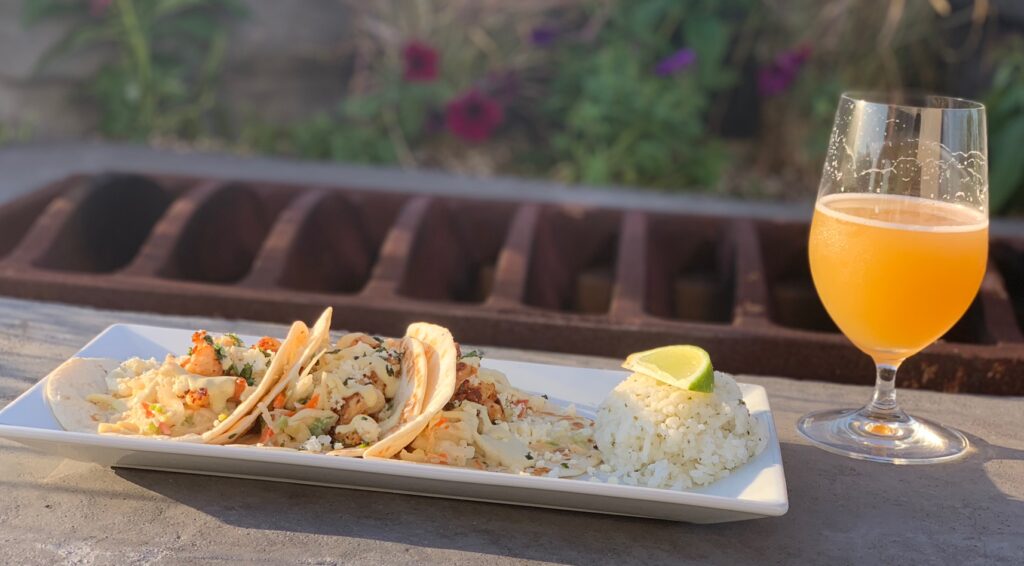 T-Juanita Street Food and Cheladas, which opened in June in the former location of Jacky’s Restaurant on East Eighth Street, ditched its lunch buffet. Instead, it offers daily lunch specials — most under $10 — and several new menu items. Choices range from Tijuana enchiladas and burritos to Sinaloa machaca, which features rehydrated beef jerky, and sopes, which are fried masa dough topped with beans, picadillo, cabbage, onion salsa, queso and cream. 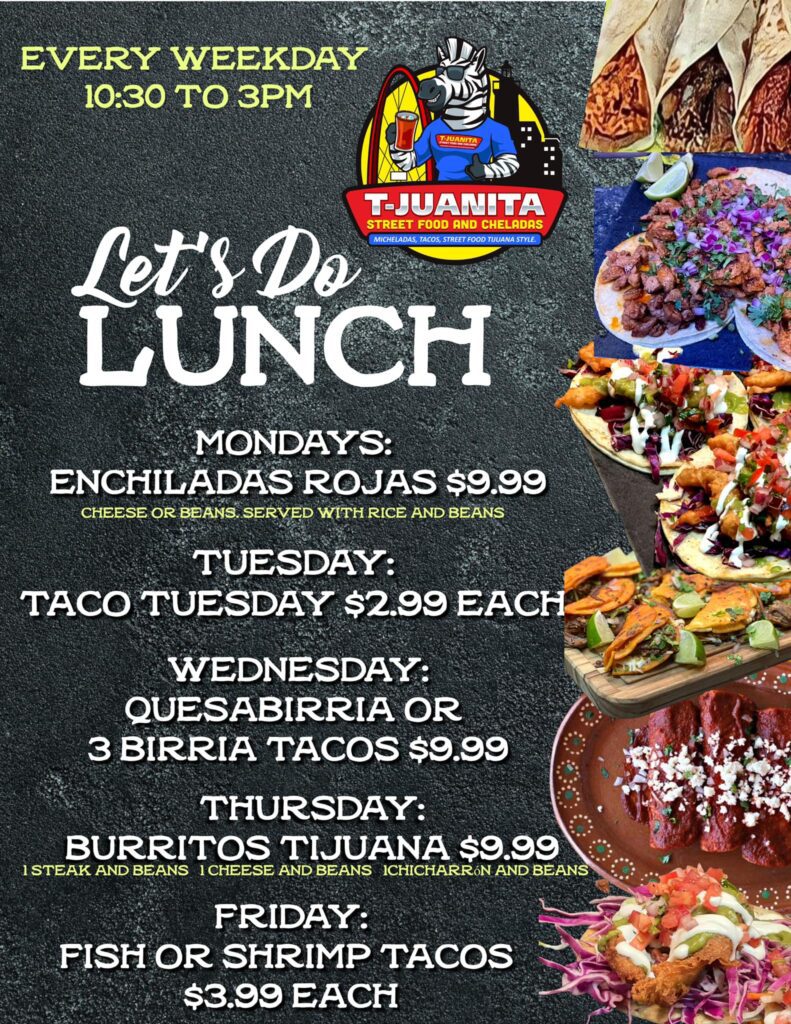 A Mitchell restaurant, nationally known for its hot dogs, is closing. hungry dog was named South Dakota’s best hot dog by People magazine in 2018, which caught the attention of Food Network and Reader’s Digest. In 2021, it was ranked as the best hot dog restaurant in the state by Google. The company also operated a hot dog stand, which made a few appearances in Sioux Falls, and turned into a food truck this year. The last day is Saturday. 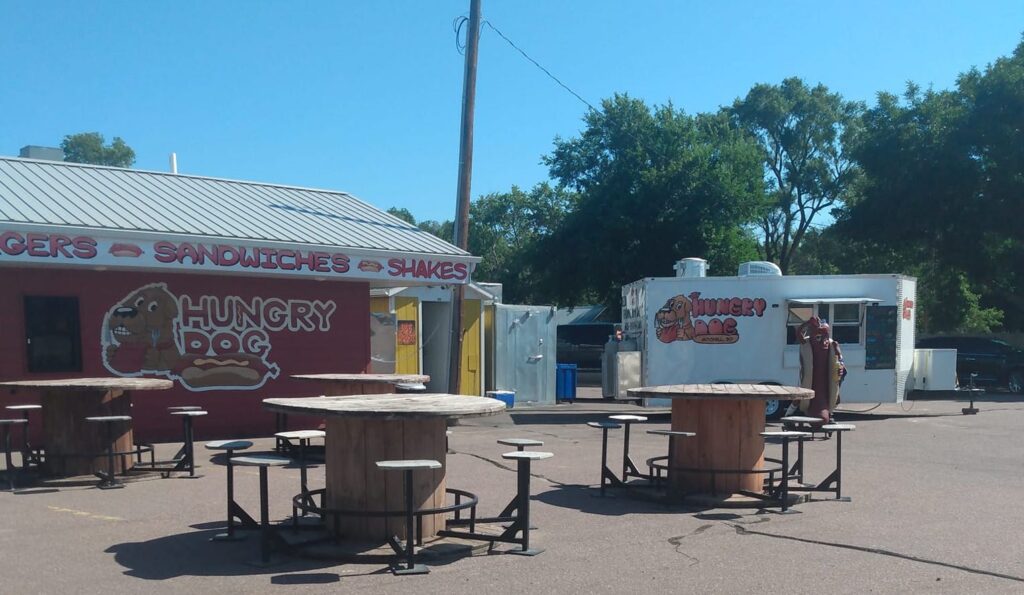 Granite City Food & Brewery is ending its Oktoberfest specials, and they will likely only be available during the weekend. The menu includes a pork schnitzel sandwich, macaroni and cheese spaetzle, Bavarian Ruben, jagerschnitzel, caramel apple bread pudding and Oktoberfest beer. 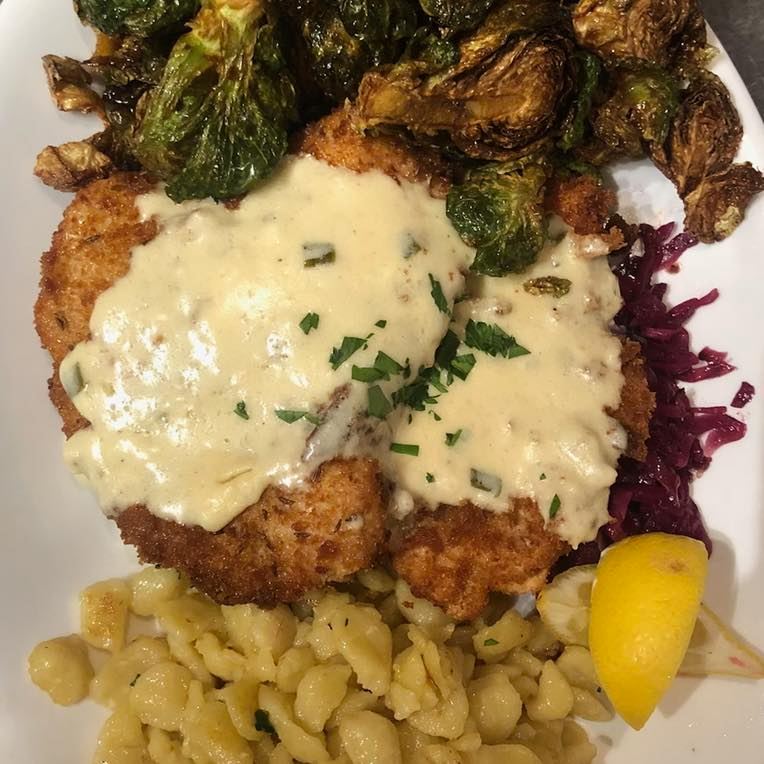 Look Marketplace kicks off its annual Barktoberfest with a toast at 1 p.m. Saturday. Fresh sausages, pretzels and, of course, Octoberfest beer will be served throughout the day. Games will include sack races, keg tossing and holding mugs. This is a family event, so bring the kids and have fun. 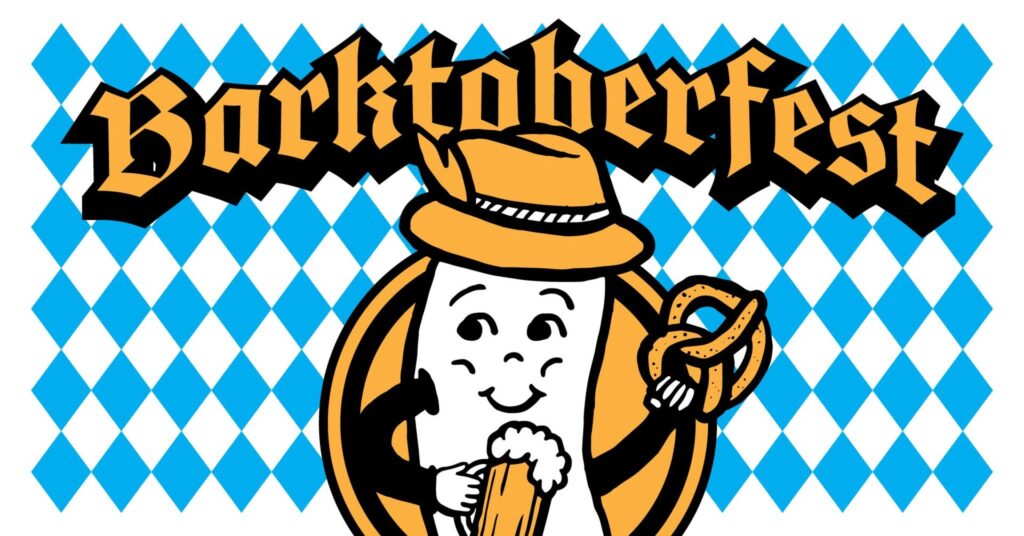 The Pumpkin Patch and Corn Maze at Cherry farms are open. Hours are 3:00 p.m. to 6:00 p.m. Tuesday through Friday and 10:00 a.m. to 6:00 p.m. Saturday and Sunday. The vegetable garden south of Brandon also offers wagon rides, s’mores, baby lambs and more. You will pay for the pumpkins but the other offers are free. They plan to run until mid-October and later if the weather holds. 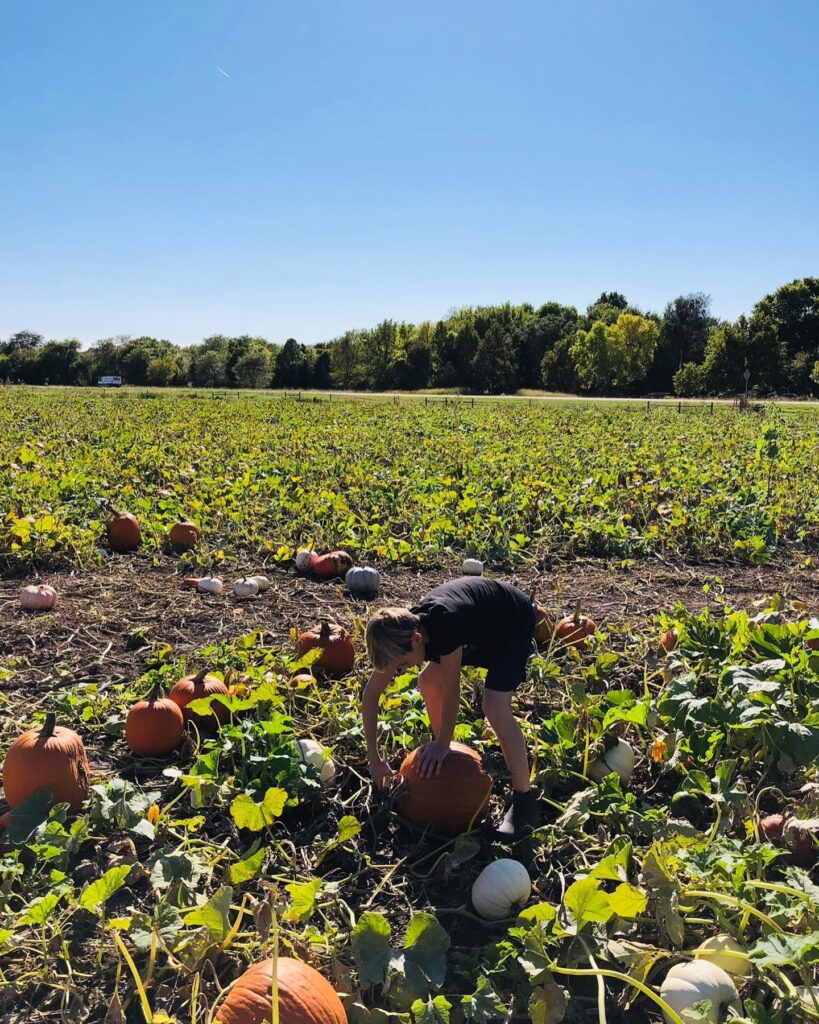 SoDak Soda, the new gourmet soda bar, added Italian sodas to the menu. Sparkling water drinks with ice include your choice of flavored syrup and half and half. Add more syrups or substitute vanilla cream or coconut cream for another twist. 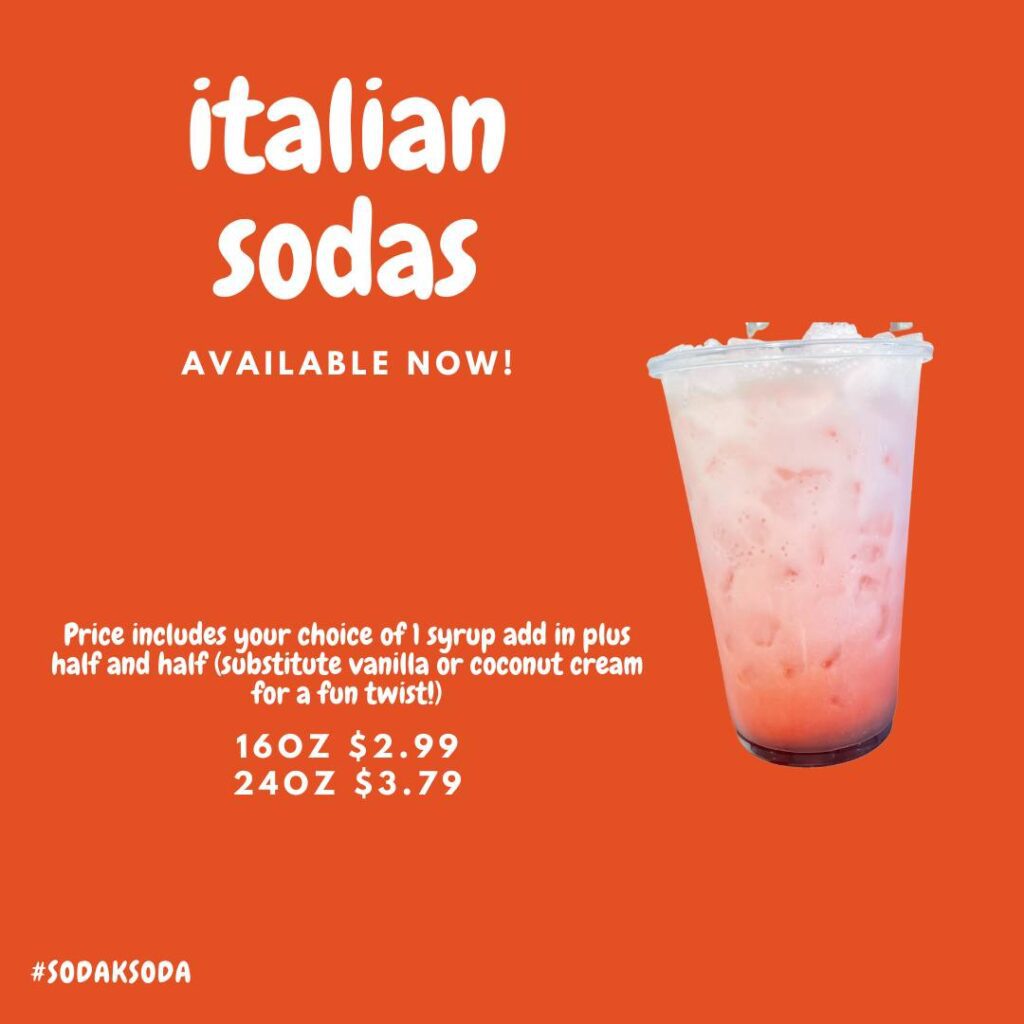 Driving to Sioux Falls from the west in the morning and wanting a Flyboy donut? First coffee stop, the local kiosk at 12th and Ellis, started serving them. 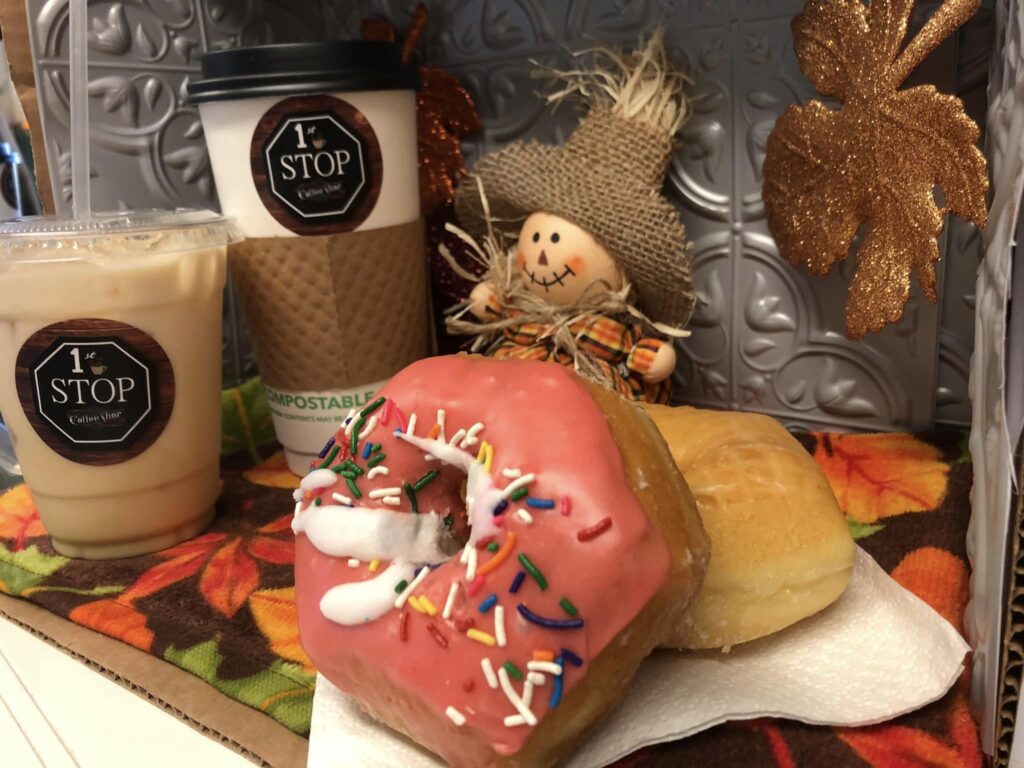 The original corn pie, a traditional Mexican dessert, is now available by the slice at Fresh water in downtown Sioux Falls. Owner Lucero Rodea began selling her custard type dish with sweet corn last year online and at farmers’ markets and craft shows around the area. She also had a booth at The Empire Mall for a few months. Rodea will also be at Rosa Parks Elementary on Friday for its block party from 4:30 p.m. to 7:30 p.m. In addition to its corn pies, it will sell iced coffee and cochinita pibil, a traditional slow-roasted pork dish from Mexico’s Yucatan Peninsula. 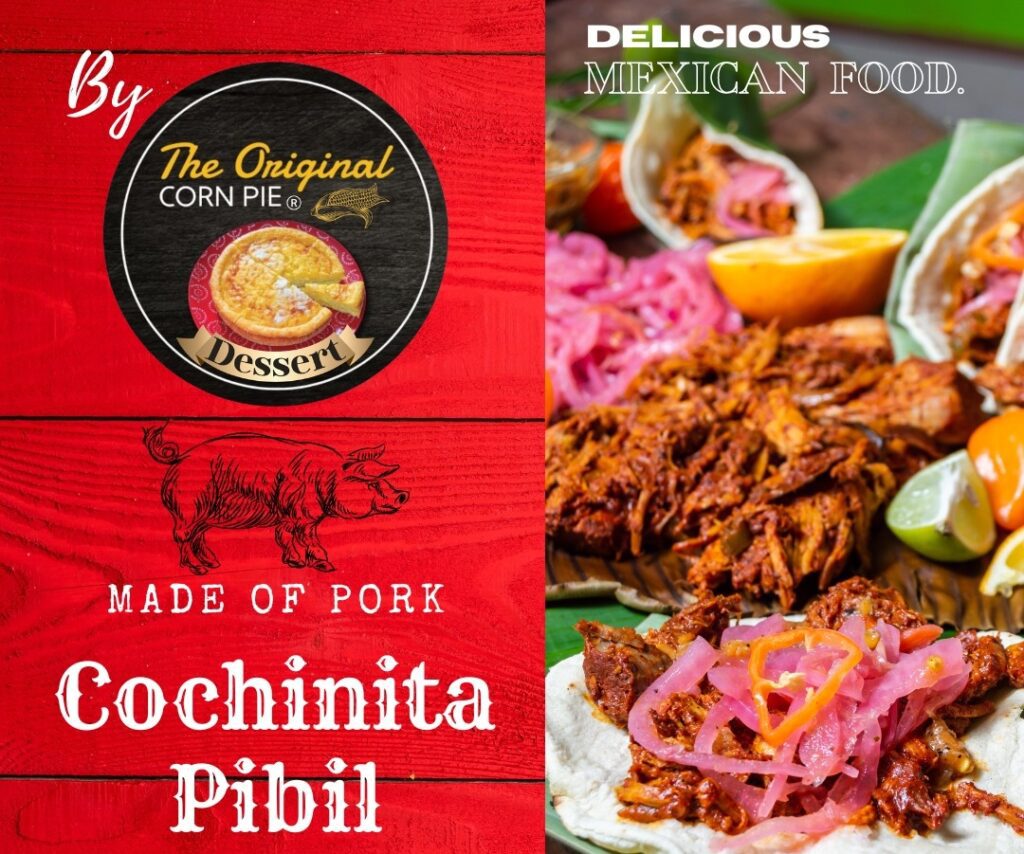 Wilde Prairie Vineyard holds its annual harvest festival from noon to 5 p.m. on Saturday. In addition to the wine tasting, there will be live music from Retro Rock Reunion and several food vendors, including Gringo’s Tacos, World Life Church and Andrea’s Bake Shop. Activities for children include a petting zoo, pumpkin painting, grape stomping and more. Dogs on a leash are welcome. The vineyard is at 48052 259th St. northeast of Brandon. 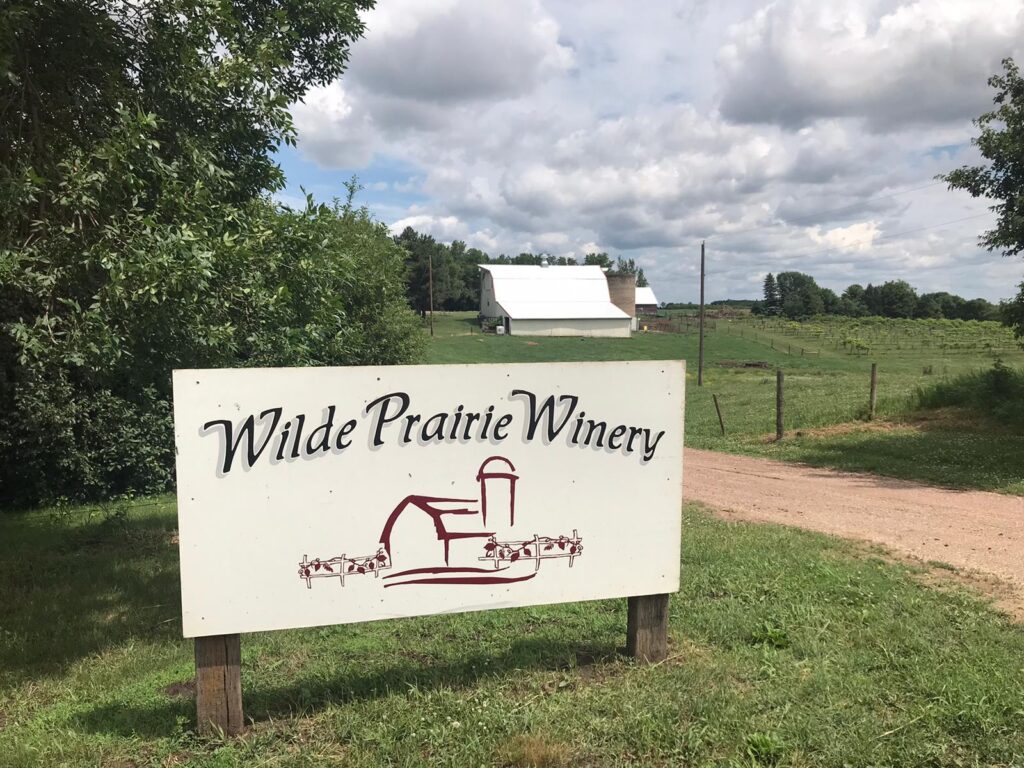 Want the experience of helping with a grape harvest? Humble Hill Vineyard along Highway 11 north of Garretson will be picking its red grapes on Friday, Saturday and possibly Sunday. MMessage the company on its Facebook page if you are interested. 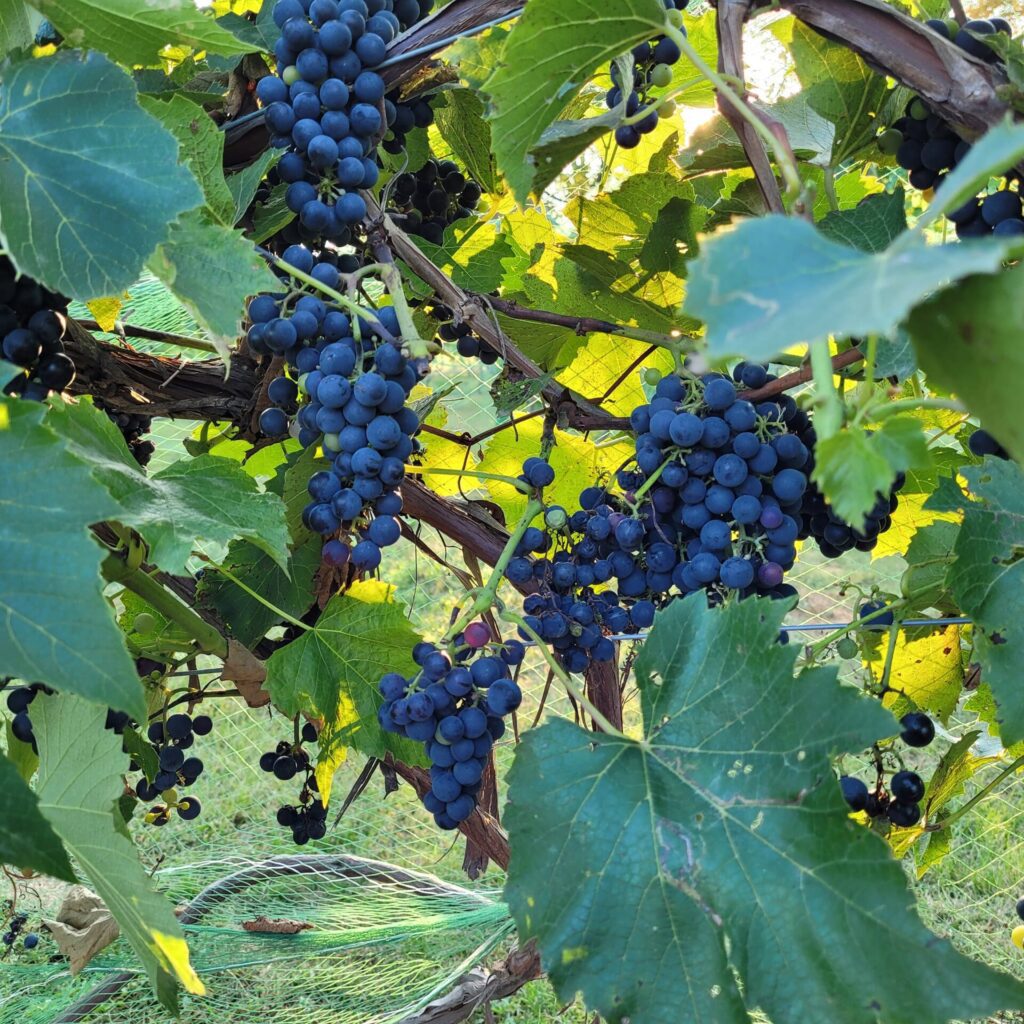 It’s already Taco Tuesday at Taco John’s, so it’s an easy way to celebrate National Taco Day on Tuesday, but the chain is giving away a free Beef Taco Bravo with any purchase. To get the offer, customers must be loyal members. 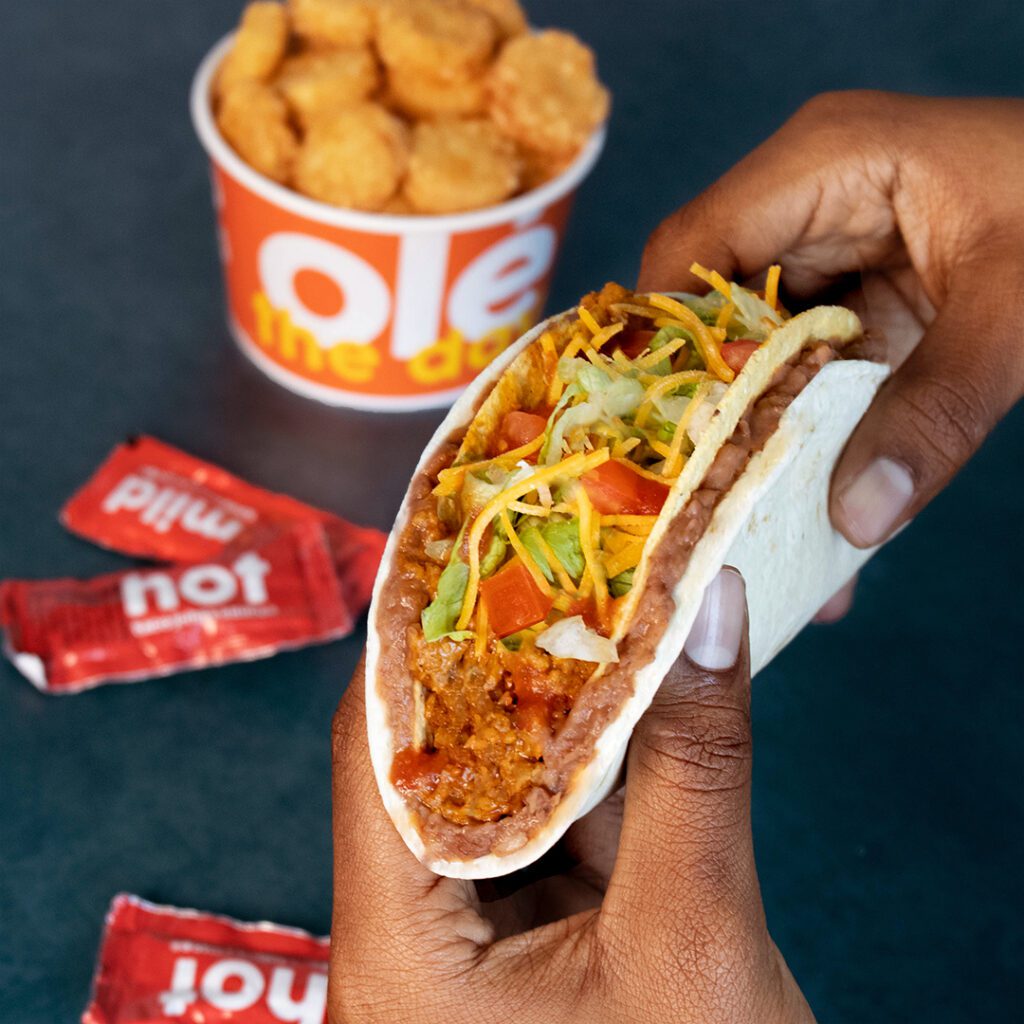 Last week, we told you about the arrival of a plant-based orange chicken dish at Panda Express. Now the restaurant chain is offering a BOGO deal through October 9. Buy any Beyond The Original Chicken Bowl and get any bowl free. Offer is valid on orders placed through the website and mobile app. 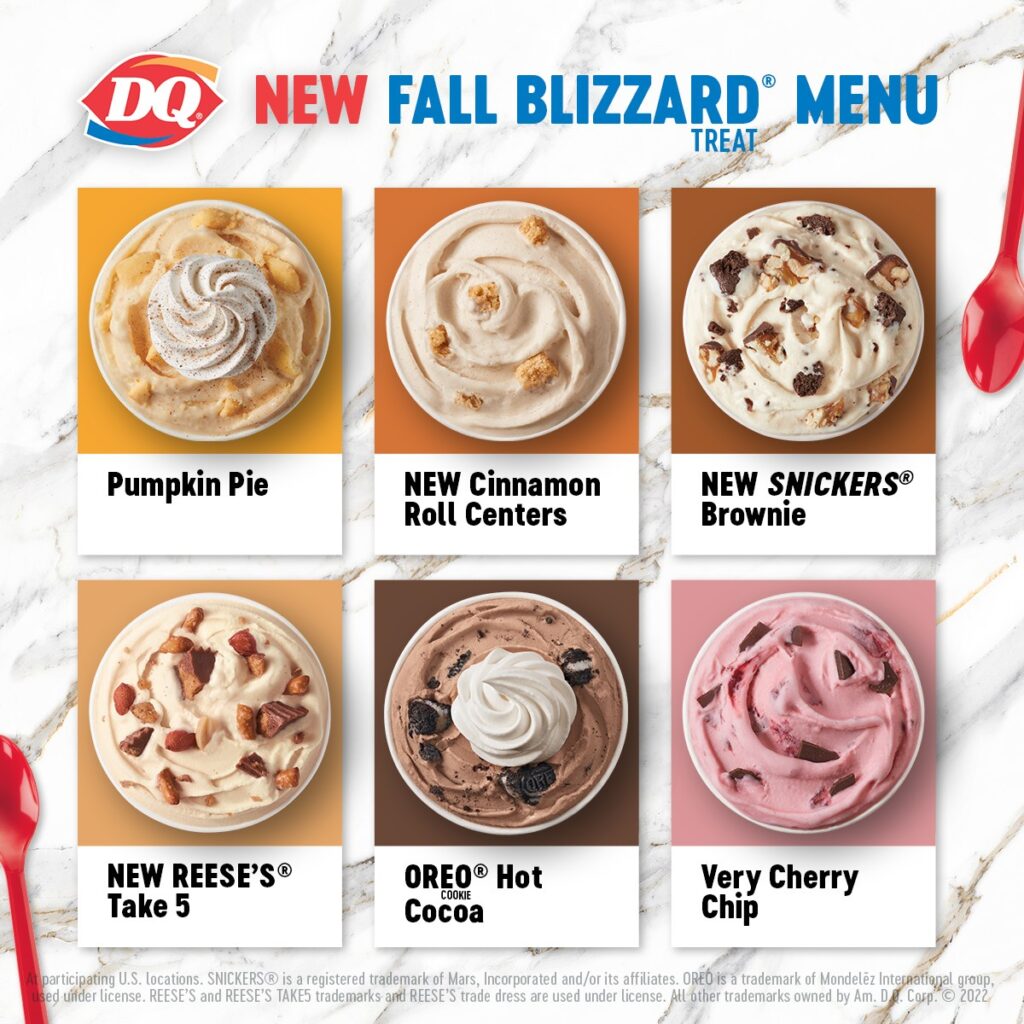 The traveling food truck On the Hook Fish & Chips will be in Sioux Falls. Find it from 11 a.m. to 7 p.m. Saturday at the usual location at Tractor Supply Co. on North Cliff Avenue. 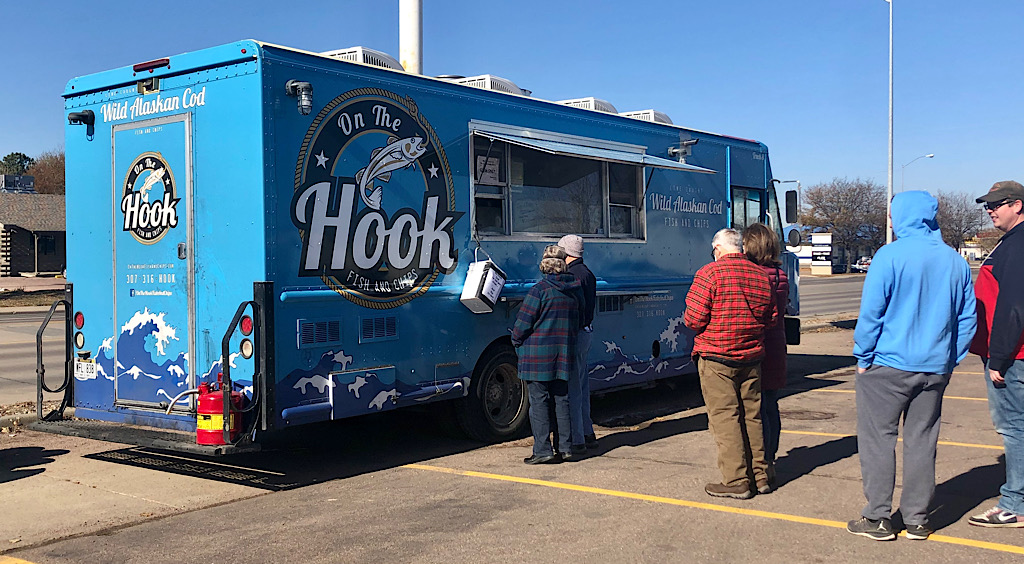 Here are some more food and drink headlines from the past week.

Hy-Vee adds Wahlburgers to the east

Culinary contestants rack up victories with creativity, teamwork in the kitchen

JACKSON, Miss. (WLBT) – If you live, work, or play in the city of Jackson, you’ve probably heard of two of the area’s oldest restaurants, Big Apple Inn and Stamps Super Burgers. For decades, the owners claim to have been able to overcome challenges, including the recent water crisis. And, they told WLBT that they […]

Things To Do In Fayetteville, NC This Weekend

Fayetteville is home to a strong community of artists, shops and restaurants. While they offer the regular fare expected of these establishments, they also offer events to fill your social calendar. Every week, you’re bound to come across a Latin dance lesson or a loud game of musical bingo. If learning a new cuisine excites […]